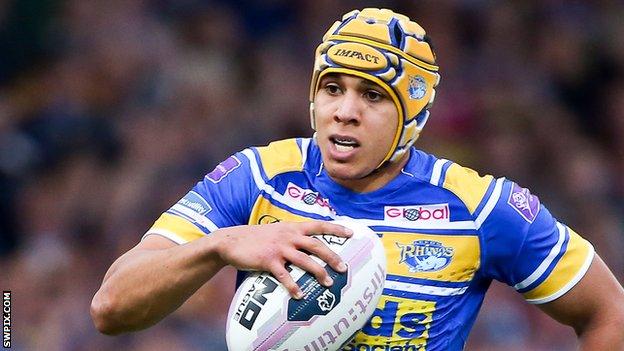 Rhinos had confirmed that the England Knights three-quarter would be leaving at the end of the season, having made his debut for them in 2008.

However, the arrival of Tom Briscoe from Hull last winter has limited him to just five appearances this season.

"Ben Jones-Bishop is somebody who I've admired over the past few years and I don't think I'm on my own in saying that," Harris told the club website.

"He will be another terrific signing for this club. We are making signings that will add an extra dimension next season and we look forward to working with him when he joins us after the current season finishes."

Jones-Bishop, who overcame a blood clot on his lung that forced him to miss the start of last season, also reportedly attracted the interest of Australian NRL clubs before signing for Salford.