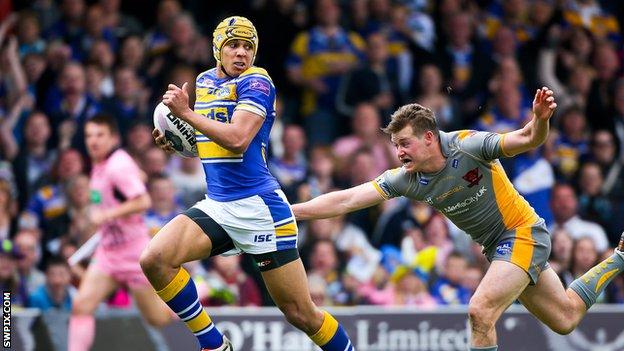 Salford will make more signings ahead of next season but will not overhaul the squad completely, according to chief executive Martin Vickers.

But Vickers has said that there will be no repeat of the mass recruitment that saw 14 new players join the club for the start of the 2014 campaign.

"We have a strong core team here at Salford," he told BBC Radio Manchester.

We're disappointed that we've not made quite the start we would have envisaged this year, but we do know we have a real core of quality players here

Salford owner Marwan Koukash invested heavily in the squad during the winter, with England internationals Rangi Chase, Adrian Morley and Gareth Hock among their new additions.

They lie 11th in Super League after an indifferent start to the season but Vickers remains confident that the current group, supplemented by more new signings, can be successful.

He continued: "We're disappointed that we've not made quite the start we would have envisaged this year, but we do know we have a real core of quality players here, and we know that it doesn't need the same overhaul of the team like it did last year.

"There won't be 14 new boys, but we certainly are looking at our weak areas. We still have numerous targets that we hope to progress over the next two to three weeks.

"I hope the public out there see the investment in one of the best overseas imports for several years [Locke] and the best of British up-and-coming talent [Jones-Bishop].

"Marwan's here to stay and keen to deliver his commitment of creating the best team in the league."