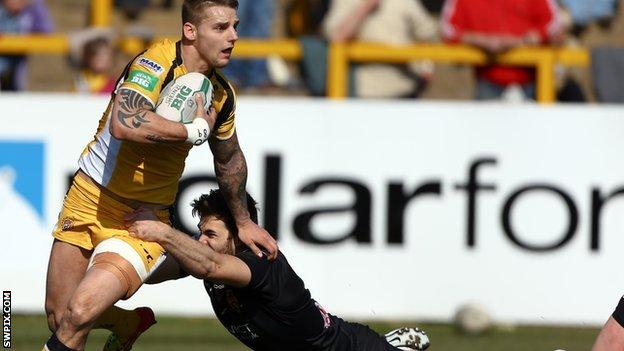 Wakefield Trinity Wildcats have signed Castleford Tigers utility back Richard Owen until the end of the season.

The 24-year-old has scored six tries in his five appearances for the Tigers this year.

Owen could make his debut for Richard Agar's side against Castleford on Sunday at Magic Weekend.

He told the club website: "I did eight years at Cas and it's a new start and a new challenge. I think it's what I need and it'll do me the world of good."