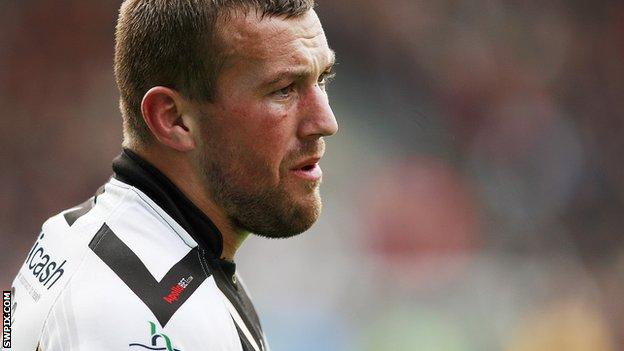 Widnes prop Steve Pickersgill has been forced to retire from rugby league at the age of 28 because of injury.

The former Warrington forward suffered with neck and knee problems last season and has not made a Super League appearance for the Vikings in 2014.

"Due to the injuries I've suffered over the past few seasons, my family and I have decided that now is the time to retire from the game," he said.

"It's now time for me to move on and begin a new chapter in my life."

He added: "I would like to wish Widnes Vikings all the best for the future and hopefully silverware isn't too far away."

Pickersgill joined Widnes in 2009 and played 82 times for the club, scoring six tries.

"It's been a very difficult decision for Steve to make and it will be sad to see him retire from the game," Vikings head coach Denis Betts told the club website.

"He's given great service to the club over a number of years and we wish him well for the future and whatever direction he takes."