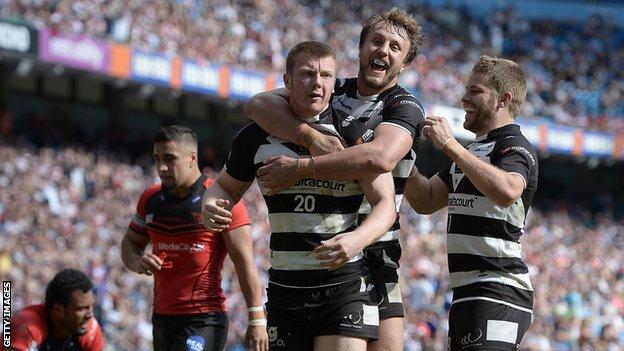 Widnes winger Paddy Flynn has signed a new contract that will keep him with the Super League club until 2016.

Flynn is one of the club's longest-serving players and is the 10th player to agree new terms in recent weeks.

The 26-year-old has scored seven tries for the Vikings this season, including two in their Magic Weekend win over Salford Red Devils on Saturday.

"Hopefully there are more tries, more appearances and certainly more wins from the team to come," said Flynn.

"That only happens when you are playing well and I think I am making improvements as a player but I'm not the finished article," he told the club website.

"There's more to come from me and I'm glad it's going to be here at Widnes."

Head coach Denis Betts added: "The reason why you keep someone like Paddy is quite simple, as his progression out of the Championship to playing Super League for the last few years has been impressive.

"There's so much more to come from him."