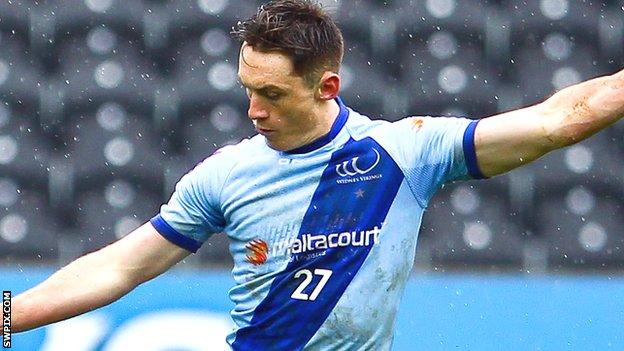 Tries for Daryl Millard and Vincent Duport gave Catalans the lead, but Rhys Hanbury, Lloyd White and Stefan Marsh scored to turn the game on its head.

Dragons made the livelier start and, after Eloi Pelissier had a score disallowed for a forward pass, Millard walked in a try and the same man then set up Duport.

Widnes finally clicked into gear as Gilmore and Danny Tickle set up Hanbury, White streaked 40 metres for a try, and Marsh squeezed over in the corner to give Widnes a six-point lead at the break.

Escare shot over to bring Dragons back into it before Pryce crashed through after Hanbury lost the ball trying to clear, and then Oldfield touched down in the corner as Catalans turned a deficit into a 10-point lead.

Both sides missed drop-goal attempts in the final moments as they had to settle for a draw.

"It is a point lost not a point gained. We lacked energy and served up some poor stuff in the first 10 minutes to go behind 10-0.

"I'd like one of our games not to be exciting. It was strange how we came to be in the lead and it was a strange game.

"We dropped too much ball and made mistakes."

"We deserved two points but this is a good lesson to learn.

"We led twice by 10 points but needed more composure to put pressure on the opposition."

"I am not going to blame anyone for missing drop goals."