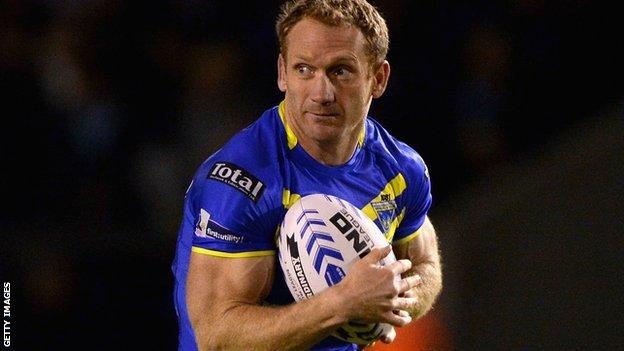 Warrington Wolves hooker Michael Monaghan has announced he will retire from the game at the end of the season.

The 34-year-old has played 182 times for the club so far since signing from Manly Sea Eagles in 2007.

Monaghan told the club website: "It's been a privilege playing here for seven years. It's all gone better than I could have hoped for or expected.

"I am looking forward to moving on in the game, hopefully into a coaching role whether that's here or elsewhere."

The Australian added: "With Joel still at Warrington and me being engaged to an English girl I'm obviously keen to stay over here for a while."

Initially a half-back, he made the switch to hooker at Warrington and was part of the Challenge Cup-winning sides of 2009, 2010 and 2012.

Earlier this year Warrington announced that Monaghan would share the club's captaincy with prop Ben Westwood.