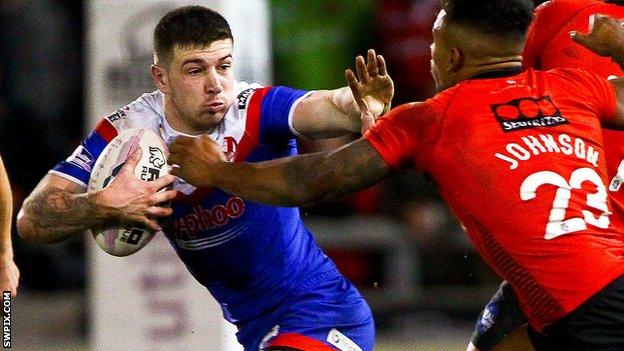 The trio, who all made their first-team debuts for the club last season, will remain at Langtree Park until the end of the 2018 campaign.

"They are three good players who are continuously improving the more Super League experience they get," coach Nathan Brown told the club website.

Saints went top of Super League on Friday with a 32-12 win over Salford.

Centre Percival, 20, has played 15 times for St Helens, while 19-year-old forward Thompson and 18-year-old prop Richards have appeared 14 and nine times respectively, and all three have contributed to Saints' impressive start to 2014.

"In rugby league, you generally get what you deserve and I think we're deserving of that spot at the minute," assistant coach Keiron Cunningham told BBC Radio Merseyside.

"We've consistently played some good stuff throughout the year. It's quite tight at the top and there are going to be a few twists, but I'm sure we'll be in with a shout at the end."