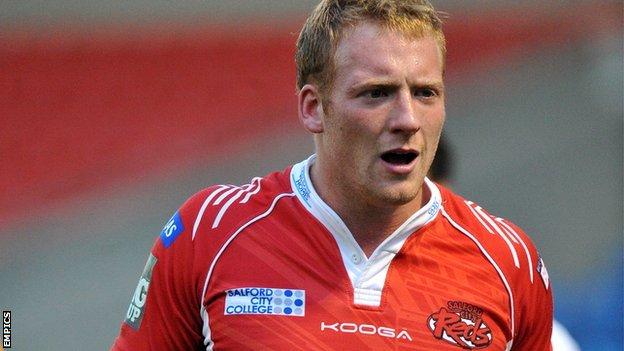 Hull KR centre Sean Gleeson has been forced to retire because of a serious eye injury he suffered in an attack outside a Wigan nightclub.

The 26-year-old sustained injuries to his eye and eye socket in the incident in March.

He joined the Robins ahead of the 2013 season, but a back injury kept him out for most of the campaign.

The former Ireland international then broke his leg at the club's winter training camp.

He told the club website: "It is with regret that I have made the decision to retire from this great sport.

"I would like to say a big thank you to the Hull KR fans for welcoming me to the club and to Hull, where I have made so many friends in and out of rugby league.

"Lastly, I would like to thank Craig Sandercock for believing in me, giving me the chance to play for a club with such great heritage and for standing by me through the injuries that I sustained."

Gleeson also played for Wigan, Widnes, Wakefield and Salford during his career.