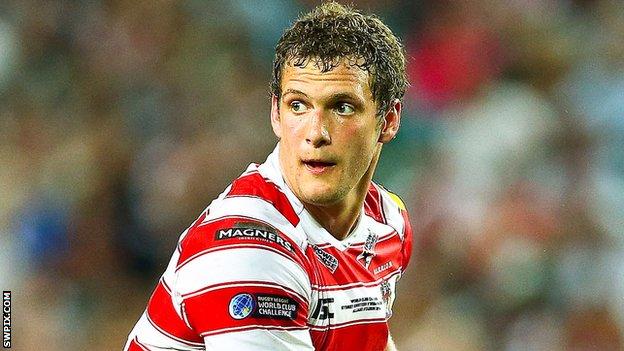 England have named 14 uncapped players in a 34-man training squad to meet at Loughborough University on 15 June.

However, Wigan's nine call-ups are unavailable to attend the training camp because of their Super League fixture against Widnes Vikings on 18 June.

Leeds Rhinos full-back Zak Hardaker is named, a day after the RFL opened an investigation into alleged homophobic remarks made during the Super League defeat by Warrington.

The camp is intended to give McNamara an opportunity to assess much of the squad that featured at last autumn's World Cup and take a closer look at some of Super League's in-form talent.

However, Wigan coach Shaun Wane has been forced to withdraw his players with a run of three league and cup games in eight days.

Wane told BBC Radio Manchester: "It's like an Easter period for us so we'll be looking after the players.

"If there's any player that can't play the week before or the week after that camp, they can go and join the camp because it will be of great benefit for them.

"My main priority is getting three wins for Wigan and making sure I look after my players."

England next play in this autumn's Four Nations tournament, starting against Samoa on 25 October.