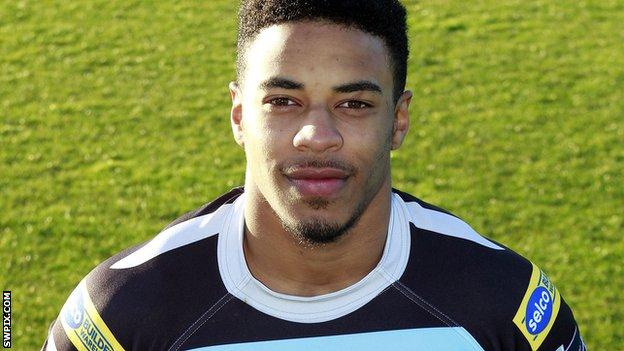 London Broncos back row Jonathan Wallace has signed a new deal which will keep him at the Super League club until the end of the 2016 campaign.

The 19-year-old Malta international, who made his senior debut for the Broncos earlier this season, has made a total of six appearances for the side.

"To play six Super League games already in the season is a real positive and I feel I'm really coming on as a player."

Wallace joined the Broncos after being spotted at community club Croydon Hurricanes and progressed through the club's youth set-up.

"In terms of speed and physicality Super League is a big step up from the under-19s," he added.

"Even the training regime is a big shock on the body but I'm starting to get into it now. I love London, the club and the people so I'll be around for a while."