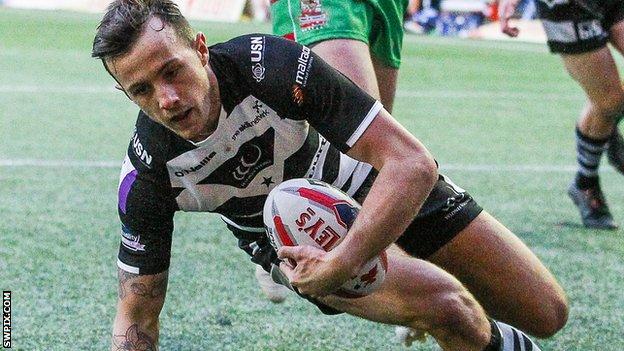 The 22-year-old made his debut before the club returned to the top flight in 2012, after coming through the academy ranks at Halton.

The St Helens-born player has made 47 appearances for the Vikings, nine of which have come this season.

"My goal before the start of the season was always to stay at Widnes," Craven told the club website.

"(I want to) keep improving as a player and help the club achieve something in the future.

"I know Joey Mellor and Kev Brown are the starting half-backs, but I'm biding my time and working hard in training and when Denis calls me, I'm ready to do a job for the team."

Widnes booked their place in the semi-finals of the Challenge Cup on Thursday with a convincing 56-6 victory against Keighley, with Craven scoring one of their tries.

Head coach Denis Betts was impressed with a number of performances, including Craven and also captain Brown, who scored two tries and set up several others in a dominant display.

"Across our team we've got some young, solid players that are continually improving," Betts told BBC Radio Merseyside.

"I'm really impressed with the way Kevin is playing and the way he handles himself.

"He gets on, does the things that are needed for this team to be the best it can be."