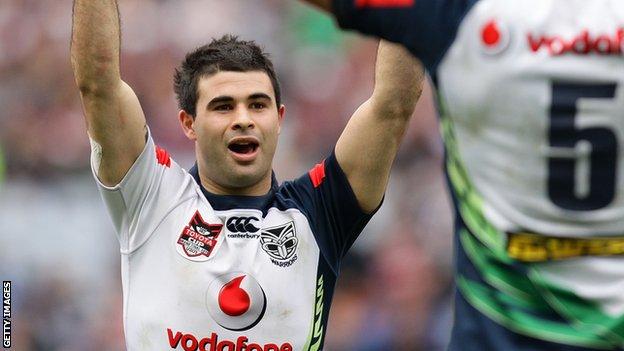 Meads, 22, began his career at Melbourne Storm before joining the Warriors, for whom his drop goal won the NYC Premiership final in 2011.

"He has a lot of potential," said managing director Keith Christie.

Thunder have won four of their last five games in Championship One to boost their hopes of a top-five finish and a place in the play-offs.