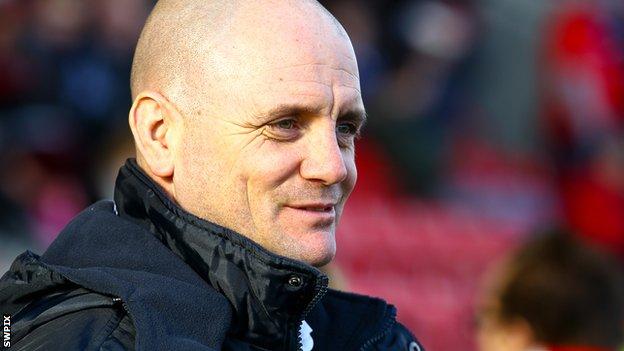 Warrington head coach Tony Smith has extended his contract until 2016 and will have ex-Wakefield boss Richard Agar as first-team coach next season.

Current first-team coaches Richard Marshall and Willie Poching will leave at the end of the current campaign.

Agar, who will sign a two-year deal, quit as Wakefield boss last week.

"While it was a difficult decision to leave Wakefield, naturally I am thrilled to get an opportunity to work at Warrington Wolves," he said.

Agar, a former Hull FC boss, led the Wildcats to the Super League play-offs in his first season in 2012, but he left after winning only four games this term.

Smith, who had been linked with a move to NRL side St George Illawarra Dragons, joined Warrington in 2009 and has achieved three Challenge Cup successes, a League Leaders' Shield and two Grand Final appearances.

"Although it's been quite flattering to be linked with the NRL I have never been tempted to leave the position I currently hold with this fantastic club," he said.

"Richard (Agar) and I have had a great respect for one another for a number of years; having first met Richard when I was assistant coach at Parramatta.

"I've been a big admirer of his coaching at each of the teams he has been at - often under testing circumstances - and I recognise and appreciate the type of rugby he encourages, which fits our Warrington style of play."