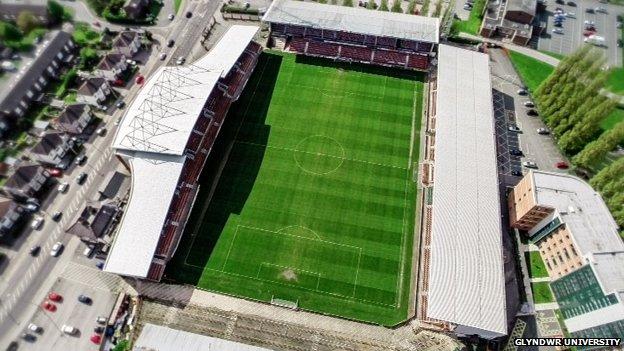 North Wales Crusaders will play a further two games at the home of Cefn Druids FC because of redevelopment work at the Racecourse.

The Championship side lost to Swinton Lions in their first game at The Rock in Rhosymedre and the venue will also host Sunday's game against Whitehaven.

Work at the Racecourse is behind schedule and two further matches will be staged at their temporary home.

Crusaders will face Doncaster and Dewsbury Rams at The Rock.

"It's obviously a disappointment that we'll have to play more games away from The Racecourse," Crusaders chief executive Jamie Thomas said.

"The atmosphere was electric at The Rock and hopefully supporters will continue to get behind us this weekend and for the extra two games that we'll be playing there."