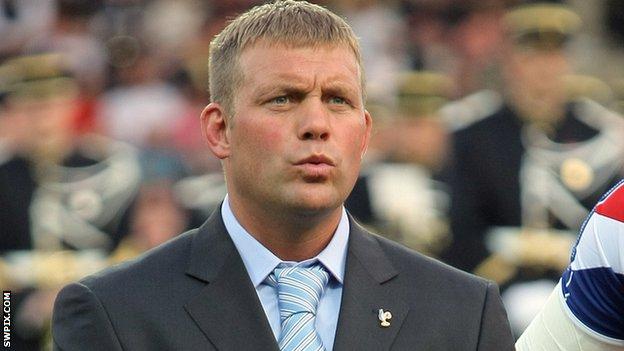 Barrow Raiders player-coach Bobbie Goulding has been suspended for five matches by the Rugby Football League following an incident in their 22-10 defeat by Doncaster.

He was found guilty by a disciplinary panel of disputing the decision of a match official and using aggressive language and aggressive body language.

Goulding was also fined £50, but the charge was reduced from Grade E to D.

The ban does not prevent the 42-year-old from appearing on the touchline.

Injuries and poor form among his squad prompted Goulding to re-register as a player at Barrow, nine years after his last professional appearance.