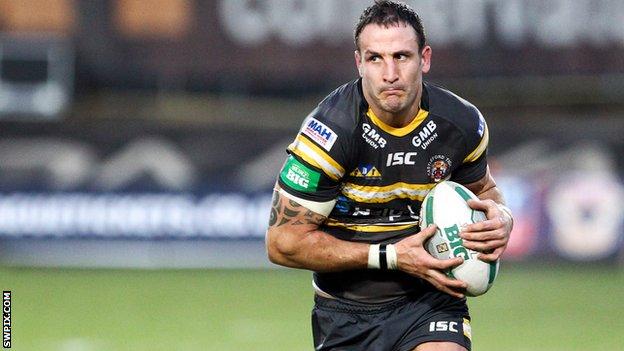 Wakefield have extended the loan deal of Castleford second-row forward Lee Gilmour by a further month.

The 36-year-old has played three times since ending a year-long spell without match action.

Gilmour's spell on the sidelines came after he sustained a knee injury against Catalan Dragons 13 months ago.