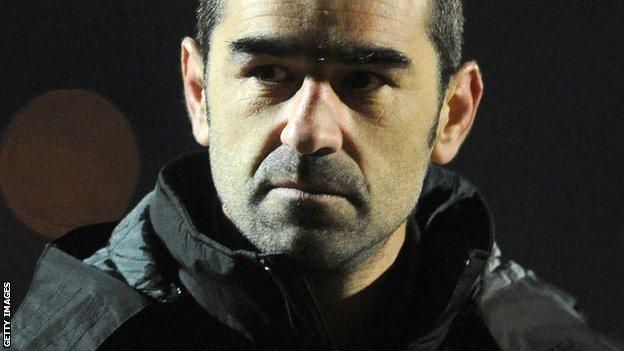 The 37-year-old took charge in 2012, replacing Trent Robinson, after he joined the coaching staff following his retirement at the Perpignan-based club.

Frayssinous became the Super League's first French head coach and guided them to seventh in his first season.

"I'm really looking forward to growing and developing the club, which is going in the right direction," he said.

"I'm delighted to have extended my stay with the club and honoured to have the support and the confidence of the board."

The Dragons have also announced that Sebastien Raguin, 34, will stay on as football manager.