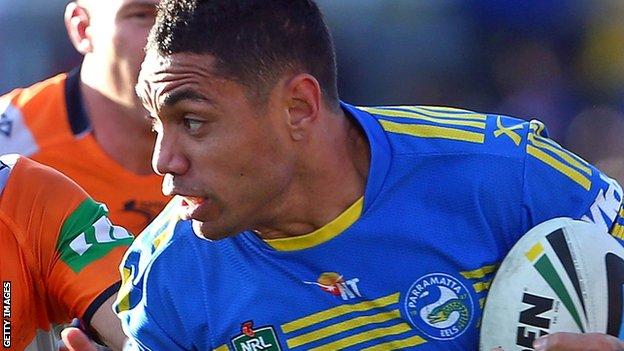 Catalan Dragons have signed Australia international three-quarter Willie Tonga on a two-year deal, from the start of the 2015 season.

Tonga, 30, currently plays for NRL side Parramatta Eels and has represented Queensland in the State of Origin.

"He is a world class player who will add power, pace and skills," Dragons coach Laurent Frayssinous said.

"When a player of Willie's calibre decides to join us, it's a strong sign to show everyone our ambition."

With eight tries in 12 Tests for the Kangaroos, Tonga has been impressive at international level while he scored on his Maroons' Origin debut in 2004, one of three scores in eight games.

The Canberra-born centre has 79 tries in 179 games in the National Rugby League, and will link up with fellow Australians Sam Williams, Scott Dureau, Michael Oldfield and Ben Pomeroy at the Stade Gilbert Brutus.