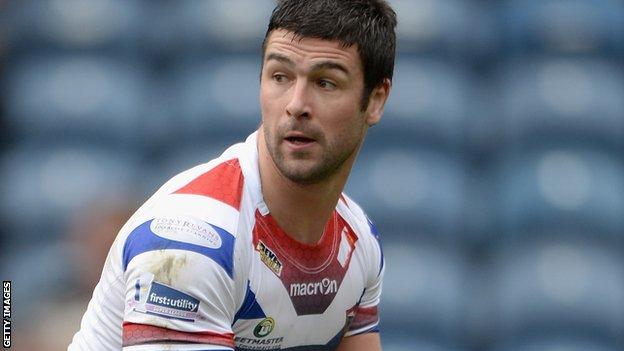 The 30-year-old, who has made 70 Super League appearances since joining Wakefield in December 2011, was not offered a new deal by the Wildcats.

"He will be one of the highest profile players in the Championship next season," said Broncos coach Joey Grima.

"This signing is an indication of how serious we are about where we want to be in 2015 and beyond."

"I never really thought I'd get the opportunity to play down here and it's one that presented itself quite quickly," the outside-back told the club website.

"It's a different sort of challenge to what I've been used to but Joey's enthusiasm and the plans he has in place for the club - not just next year but for the future - really sold it to me.

"I think it's a blessing in disguise dropping down to the Championship.

"They'll have a chance to regroup and get some players together and mount a really serious challenge."