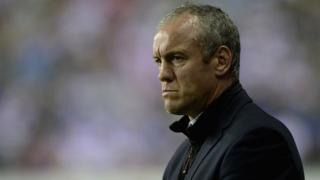 Leeds Rhinos coach Brian McDermott says his side are ready for a "huge" Challenge Cup semi-final against Warrington Wolves on Saturday.

Leeds have lost six finals since they last won the Challenge Cup in 1999, including two to Saturday's opponents.

Warrington head coach Tony Smith says his side's recent experience in the competition will help them banish the memory of their semi-final defeat by Hull FC last season.