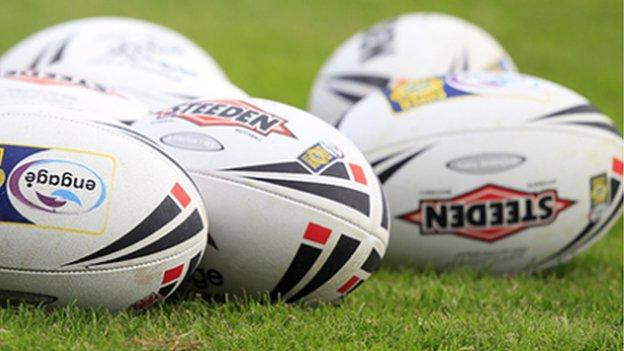 Gloucestershire All Golds second-rower Frankie Foster has been given a two-year suspension for breaching anti-doping rules.

The 18-year-old tested positive for clomiphene, a hormone or metabolic modulator prohibited by the World Anti-Doping Agency.

The sample was provided following the All Golds' Championship One defeat by Oldham on 13 July.

In August, Wigan Warriors forward and Wales international Rhys Pugsley was banned for two years after he tested positive for an anabolic steroid.