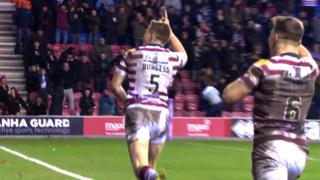 Joe Burgess scores the try of the week for Wigan Warriors in their 14-12 defeat by Brisbane Broncos.