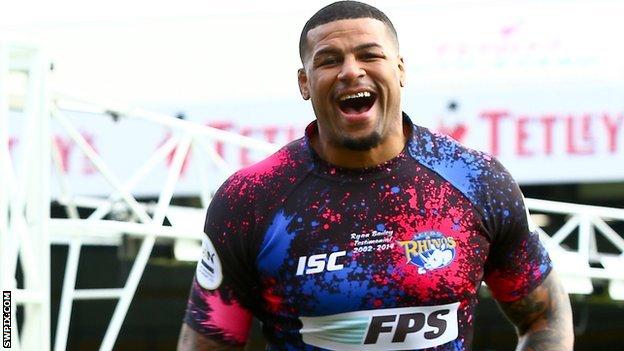 Castleford Tigers have announced the signing of prop forward Ryan Bailey on a deal until the end of the season.

He won six Grand Finals, three World Club Challenges and a Challenge Cup, as well as playing for Great Britain.

In March, he was released by Hull KR after just one appearance, with the East Yorkshire club saying he needed to focus on matters "off the field".

Castleford have the option to extend Bailey's contract by a further two years at the end of the season.

"I want to put my reputation behind me now and start afresh and I hope the fans here get behind me," he said.

"Having played here at the Jungle, the atmosphere is always immense and I can't wait to pull on the shirt and get out there."

Head coach Daryl Powell said: "Ryan is a proven Super League player, who I am confident we will see the best of.

"Our pack has been very good this season, and Ryan will add to our options and provide consistency within our squad.

"He comes to us motivated and with a point to prove, and I look forward to working with him."

Bailey could make his Castleford debut against Salford Red Devils on Sunday.