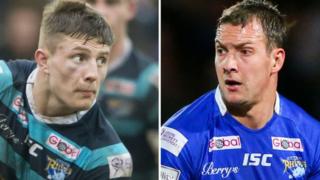 What makes a good halves pairing?

Brown, named in the 2014 Super League Dream Team, has been one of the most consistent halves in the competition in recent seasons with Huddersfield and then the Vikings.

Noble, who played at hooker during his own impressive playing career, has been responsible for selecting a combination at Test level.