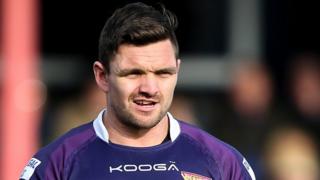 Huddersfield playmaker Danny Brough is the focus of the BBC Super League Show after another impressive solo performance in the 24-24 draw with league leaders Leeds Rhinos.

The Scotland international, 32, has been one of the most prolific scorers in the top tier and is eighth on the Super League's all-time scorers list.