The Warriors are second in the table on the same points as Brian McDermott's side with two games remaining of the Super 8s before the play-offs.

Wigan, who lost in the Grand Final last season, last won the League Leaders Shield in 2012.

Asked what finishing first would mean, Wane said: "It's massive, there's also a financial gain for the club."

The 51-year-old told BBC Radio Manchester: "Leeds are talking the talk about wanting to win all three trophies and that's the challenge for my players to make sure we get something out of the season.

"It would put us in a good position for the play-offs, having a home semi-final as we're unbeaten at home for a long time.

"It's a really, really important we win this next game [against St Helens] and the Castleford game." 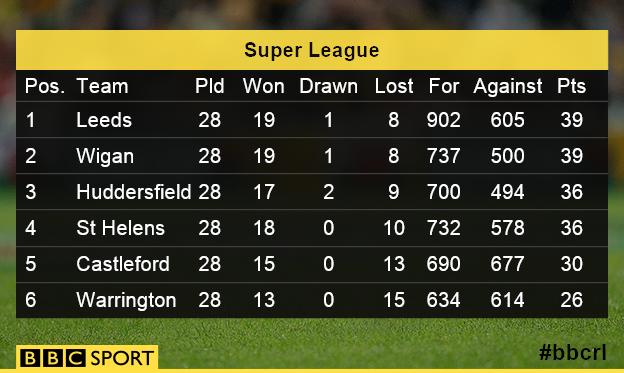