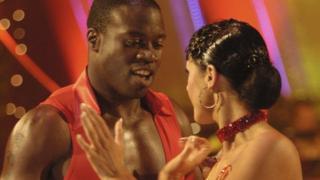 Does Strictly beckon for league stars?

Former Wigan and Great Britain winger Martin Offiah competed in the programme's first series in 2004, and Solly hopes rugby league's growing profile will lead to more stars and ex-players being seen on popular entertainment shows such as Strictly.

In addition, St Helens head coach Keiron Cunningham and chairman Eamonn McManus discuss the progress made by Saints during 20 years of Super League and what the future holds for the 2014 champions.