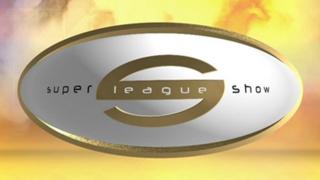 Super League round two had plenty of surprises, with Salford, Widnes and Hull FC all recording convincing wins.

Leeds and St Helens were two of the teams to slide to defeat, days before their World Club Series matches with North Queensland Cowboys and Sydney Roosters.

Wigan, who face Brisbane Broncos on Saturday, edged to a narrow win over Huddersfield in their preparation.

The Super League Show is shown on BBC One, every Monday night in the north of England (transmission times vary), with a BBC Two lunchtime repeat on Tuesdays while the show is also available all week on the BBC iPlayer.