Kear was assistant to Malcolm Reilly when Castleford lifted the trophy in 1986, led Sheffield Eagles to one of the most famous final shocks when they beat Wigan in 1998, and stunned high-flying Leeds while with Hull in 2005.

So who better to give BBC Sport the lowdown on the semi-final line up in 2017?

"Hull are a physical presence in the three-quarters and the forwards, and have Gareth Ellis returning.

"It was a long time before they had success of winning at Wembley, and there's an element with them that they enjoyed it so much in 2016 they will want to get back there this year.

"Their success depends on Marc Sneyd. He's got to really be at the races and on top form for them to have success.

"Ellis is important not just on the field but off it too. He's a leader by deed not by word. It shows how important it is to them and obviously in their last game he was instrumental. He's absolutely vital for them.

"Leeds are very close to the standards they have previously set. The fact they're second in the Super League table tells you how close they are to replicating their previous trophy success. They'll fancy themselves for the Challenge Cup and the Super League Grand Final.

"We know they can play fast exciting rugby league with great support through people like Kallum Watkins, meaning they can score from anywhere, but they can nail down highly professional performances that are required for knockout games.

"They base a lot of their cup games on their kicking strategy which, under Kevin Sinfield, was magnificent, but [Rhinos halves] Danny McGuire and Joel Moon demonstrate clever kicking as well. They will know how to win the game." 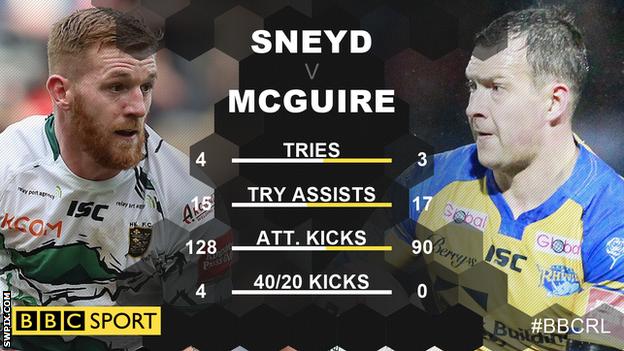 "Each is the organiser of their team. They direct them to the right points of the field and most importantly the kicking game in knockout games is immense. Whoever completes sets and kicks best to build pressure will be the team that succeeds.

"I'm going with Hull FC as there's an emotional attachment. I just think they might well nick it."

"Wigan are dangerous, they're getting quality key players back. Sam Tomkins is getting better each week, Joel Tomkins and Liam Farrell are coming back into the back row, hooker Michael McIlorum is getting up to speed, and prop Tony Clubb similarly.

"Key players are getting games under their belts. Those players know what it means to themselves and the club to do well. They'll be aware of the expectations and traditions at Wigan.

"Crucially, they have the experience. Sean O'Loughlin has been there, seen it and done - he has 20 T-shirts! I'm fully expecting a high-quality Wigan performance.

"Salford are fourth in Super League and in the Challenge Cup semi-finals - a true reflection of where they are, they've earned the right to be there.

"They'll be disappointed with their last few weeks' form and especially the performance against Leigh, where Ian Watson said it cost some players a jumper for the semi-final.

"It's inevitable that it has been something of a distraction. Their last semi-final was 1998 and the last final back in 1969. But the day of the game will be the time when the distractions are out of the way and it's the job in hand. They may well come up with an outstanding performance and bag the trip to Wembley.

"One question mark hangs over the possible absence of Robert Lui. Todd Carney can step up, he's a quality player. However, he hasn't played as regularly and the combinations aren't as slick when Michael Dobson and Lui play together. 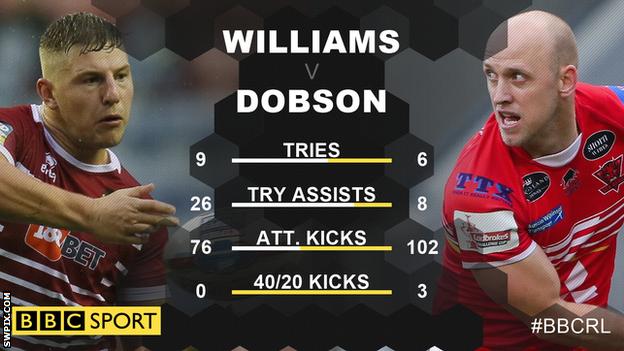 "Forwards lay platforms, three-quarters score points but it is the halves who direct. The kicking game is as important as possession.

"Dobson will be important for Salford, so he needs to be on his game. The same goes for George Williams at Wigan, and it's down to the half-back to decide the success or otherwise in this game."

"Wigan are going to come back with the spoils. It would be great for Salford, their owner Marwan Koukash and all the players and staff - they'd deserve it. But for me, Wigan should be short-price favourites."