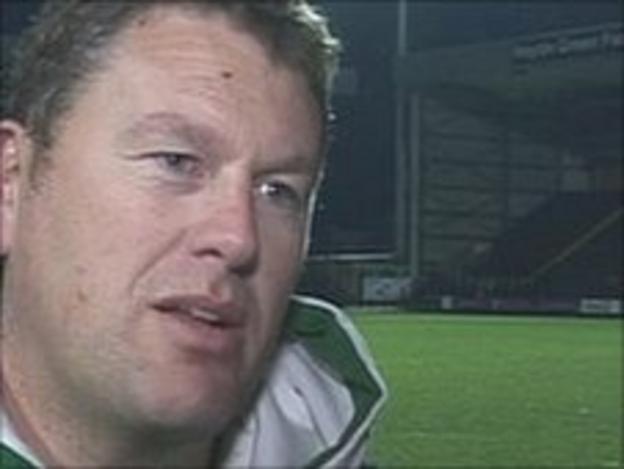 Nottingham director of rugby Glenn Delaney believes this season's British and Irish Cup campaign will test the depth of his squad.

The Green & Whites' first game in the competition is on Wednesday when Doncaster visit Meadow Lane (1945 BST).

Delaney said: "This is a great opportunity to rotate the squad and test the depth of our talent pool.

"It gives a number of young players the chance to step up to the plate and get some first-team action."

Nottingham, who go into the game on the back of two wins from their first three Championship games, were knocked out in the group stages of the competition last season.

"This is a competition that we are hoping to do well in this year and has been a key factor in our thoughts, as we strengthened the squad over the summer," Delaney added.

"Some of the best atmospheres we've had at Meadow Lane have come in the cup.

"I'm hoping all of the fans will be there to cheer us on, their support is always a big boost to the team."