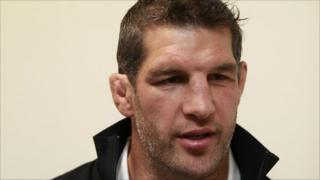 Veteran England lock Simon Shaw admits the side are "not quite" where they want to be in terms of their performances at the Rugby World Cup, but insists the team are united and "on target".

Although England followed in their opening Pool B match with a , they have been accused of lacking both conviction and discipline.

However, Shaw plays down claims of in-fighting after the win over Georgia, and insists the side's post-game analysis was "no different to any other week".