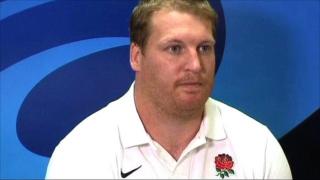 Leicester's Thomas Waldrom admits he was surprised when his coach told him he had been asked to fly out to New Zealand to strengthen England's World Cup squad.

The 28-year-old was , and admits he has been sampling the Kiwi cuisine, whilst getting over jet-lag and waiting to speak to coach Martin Johnson.

New Zealand-born Waldrom qualifies for Johnson's team because of an English grandmother, but he played for New Zealand Under-21 and New Zealand Maori.