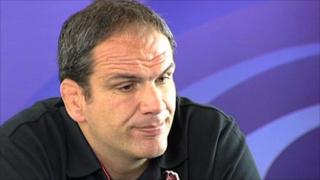 Johnson says he has taken the incident "very seriously" and has reprimanded the players, who have since apologised for the incident.

The England boss also defended Mike Tindall's conduct following his captain's explanation of a night out in Queenstown after the 13-9 win over Argentina, saying it was simply "an error" on Tindall's part.