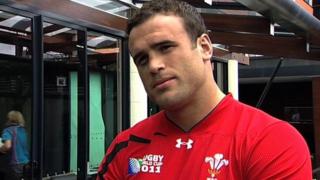 Wales centre Jamie Roberts says all their hard work in getting to the World Cup semi-finals will be for "nothing", if they fail to reach the final in New Zealand.

Warren Gatland's team beat Ireland in the quarter-finals to set up an encounter against France in Auckland on Saturday and Roberts says Wales deserve their place in the last four.

The team underwent an arduous training regime in Poland prior to travelling to New Zealand and Roberts believes this has given them an advantage so far in the tournament.