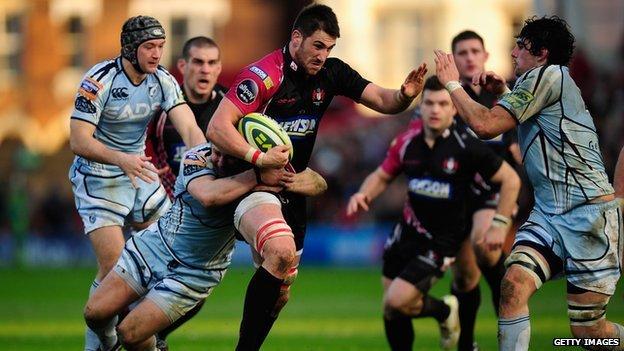 Gloucester flanker Matt Cox has committed to a new two-year deal with the Premiership side.

The 23-year-old arrived from Worcester in the summer of 2010 and has since made 21 appearances but only managed a full 80 minutes in six of those games.

"It's great news that they've shown faith in me and they have me in their plans for the future."

The back-row forward added: "I've had a few quiet weeks and been in and out of the side.

"I want to play week-in week-out and with a side like Gloucester you've got full internationals and rugby legends in the back row.

"For an impatient 23-year-old it gets a bit frustrating but the good thing about working with Hoggy [Carl Hogg, coach] is that he gives me a schedule and what I'm going to be doing.

"Hopefully in the next couple of seasons I can get more integrated."