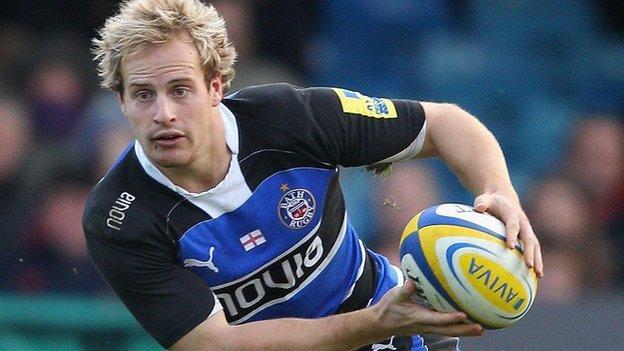 The 25-year-old, who is part of the current England Saxons squad, has scored 140 points during six seasons with the Premiership club.

"We're delighted he's re-signing. He's very important to us and is somebody who adds a huge amount."

McGeechan added: "He's committed to Bath, he's enjoying his time here and he's an integral part of the way we want to play here."

Abendanon's form during the 2006-07 campaign, in which he scored 10 tries in 24 appearances for Bath, earned him his first full England cap against South Africa.

He claimed a second cap against France in 2007 but missed out on a place in the 30-man squad for the World Cup that year.

Since then, he has been part of the Saxons team - although he was promoted from the second-string squad to replace the banned Delon Armitage for last year's Six Nations.

And McGeechan believes that Abendanon is good enough to return to the full England squad.

"I think it's only a matter of time [before he's called up]," he said. "Nick's one of the outstanding full-backs on form this year so it's not too far away.

"There's [Mike] Brown and [Ben] Foden who are all playing well but I think he's in that mix, and quite rightly so."