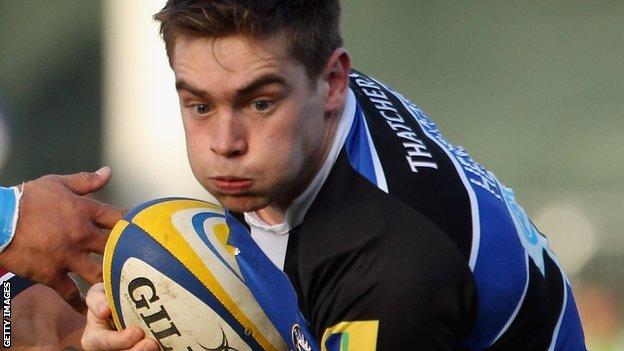 Fly-half Heathcote, 19, has penned a three-year deal while prop Palma-Newport, 21, has committed to another two years at the Rec.

"It's important to produce your own," director of rugby Sir Ian McGeechan told BBC Radio Bristol.

"It's important they become part of what you're doing - they have Bath as part of their whole being."

Both players have been involved in the first-team this season, with Heathcote playing 14 games, scoring 78 points, and Palma-Newport making six appearances.

Heathcote competes for the number 10 shirt against New Zealand international Stephen Donald, and the World Cup winner was quick to praise the youngster's development.

"As a young guy he's got everything in front of him now," said Donald. "If I can help Tommy then I do but he's coming along nicely himself and he's got some England Under-20s stuff coming up as well which is good for him.

"Tom is someone the club can build around for years to come. He's got a big future ahead of him."

Talking about his decision to stay with Bath, former Leeds loanee Palmer-Newport added: "Bath is the club I love, and I'm really looking forward to the next few years.

"Being a Bath lad there is no other place I'd rather be, and with the amount of talent coming through at the moment, it's a testament to the coaches who got me here."