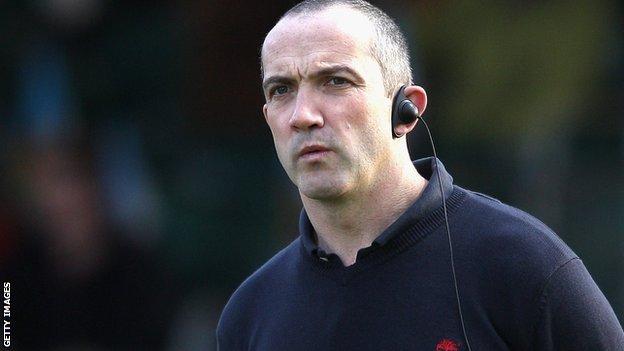 Chief executive David Ellis told the club website: "All three provide a wealth of knowledge and experience for the club.

"I look forward to seeing the squad develop and grow under the expert guidance of our coaching staff."

The trio presided over a stunning start of the season that saw the West London club string together a 14-match unbeaten run prior to a 21-10 loss to French giants Toulouse in the Heineken Cup.

They missed out on a quarter-final spot in Europe's premier club competition but remain ahead of the pack in the Premiership with 11 wins from 13 games.

O'Shea, whose name had been linked with the England head coach's role, added: "I am delighted to have re-signed to the club. This is an exciting time to be part of Harlequins.

"Our aim is to continue to develop and play the game in the way we believe it should be and to bring the success to the supporters that they deserve."