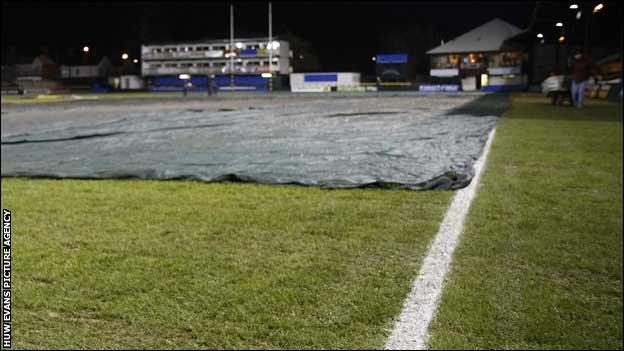 Dragons covered their pitch on Monday in a bid for the match to be played.

A Welsh Rugby Union official has inspected the Rodney Parade pitch and has confirmed that the games should be rearranged.

A Dragons statement said: "The Dragons are awaiting a decision from the LV= organising committee regarding the re-scheduling of this game.

"If the game is re-scheduled, all tickets will be valid for the re-arranged fixture.

"If it is not possible to re-schedule the game all tickets will be refunded with arrangements made for season ticket holders to reflect the reduction in Dragons home matches."