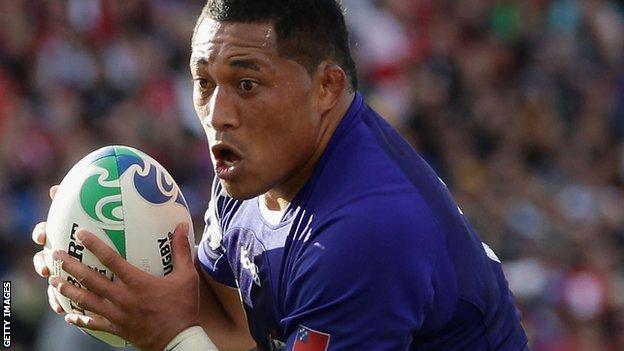 Prop Anthony Perenise believes confidence is now growing at Bath after a difficult start to the season.

Perenise's side claimed just one victory from eight games in the last two months of 2011, and currently sit 10th in the Premiership table.

But they are now looking for their third consecutive victory when they face Exeter in the LV= Cup on Sunday.

"We're going in a positive direction and everyone is in good spirits."

And the Samoa international says their up-turn in form is down to the dedication from the backroom staff at the Rec.

"A lot of it has come down to our management and our coaches," said the 29-year-old. "They've given us so much advice so full credit to those guys. They've done everything they can and have taken a lot of slack from the media.

"They are in the firing line while we just play rugby. It's not just for us that we want to play well, we want to do it for them as well."

Should Bath beat their Premiership rivals at Sandy Park, they will guarantee themselves a home semi-final in the cup competition, and Perenise says they have already got their eye on lifting the trophy.

"We haven't gone well in the last few weeks or months but having that trophy would be great for the boys. Having that achievement really build the boys and the fans."