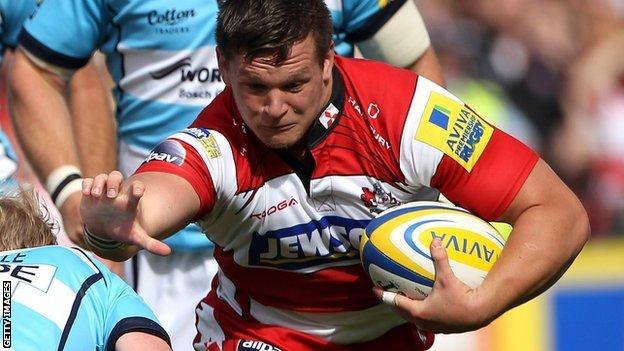 Darren Dawidiuk has signed a new two-year contract with Gloucester.

Dawidiuk, who started his career at hometown club Truro, joined the Kingsholm outfit from Cornish Pirates in the summer of 2009.

He has been on the fringe of the first-team in recent years but has made his mark this season, playing 16 games for the Premiership club.

"The coach has repaid me by giving me another two years here and I'm absolutely chuffed to bits."

Dawidiuk came to prominence last season when he came on as a replacement and scored a try in their LV= Cup final win over Newcastle.

And he was able to get a run in the side earlier this term while regular hooker Scott Lawson was on World Cup duty with Scotland.

"The focus now is just getting back to playing rugby. Scotty is away so there's more opportunity for me to get back out there," he said.

"I've got to thank the coaches as they could have brought in another hooker but they backed me up and gave me the number two shirt.

"I like to think I've repaid them by playing well and stepping up to this level when I have started."