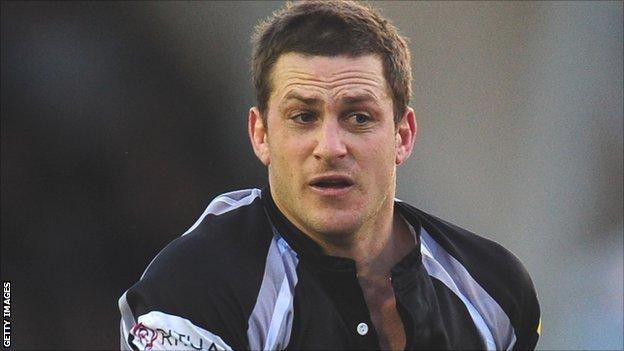 Newcastle Falcons fly-half Jimmy Gopperth has signed a three-year extension to his contract.

The 28-year-old, whose current deal was to expire at the end of the campaign, had been linked with a move away from Kingston Park in the summer.

"I have been humbled by offers from other clubs," said Gopperth.

"However I feel that I have unfinished business here. I want to be part of what I believe is going to be an amazing journey here at Newcastle."

Gopperth added: "I have a lot of respect for club owner Semore Kurdi, he is not a man of many words but his ambition, drive and belief in this club is clear for all to see.

"I wholeheartedly believe that we have a great squad here.

"The team environment is second to none and I am excited to see what we as a team can produce going forward."

Falcons completed a deal to sign the former North Harbour and Blues half-back in the summer of 2009.

Meanwhile Gopperth's decision to remain on Tyneside is a boost for recently appointed director of rugby Gary Gold, who has been charged with the task of avoiding relegation from the Premiership this season.

The North East outfit have just two wins from 13 rounds of the competition and are rooted to the bottom of the table, nine points adrift of Wasps.

"I am extremely delighted that Jimmy has committed his future to the club and it is an incredibly strong sign of intent," Gold said.

"I know full-well that there were a host of other clubs after his signature. He is an internationally renowned player who has made his intentions clearly known and it is a massive step forward for the club.

"I think you are going to see a couple more talented Falcons players signing new deals in the next few weeks too."