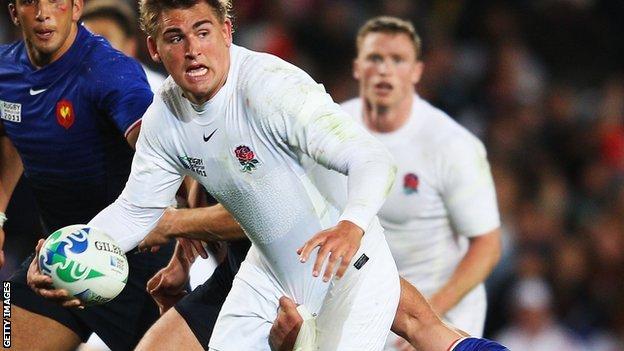 England fly-half Toby Flood could be fit for the Six Nations game against Italy on 11 February after playing in Leicester's LV= Cup win over Newcastle.

The 26-year-old, who has been sidelined since New Year's Day, got through 30 minutes of action from the bench in the Tigers' 24-13 victory.

England interim coach Stuart Lancaster has told Flood he must prove his fitness before being recalled.

Flood has 46 England caps and played in all their 2011 Six Nations games.

"It is up to Stuart Lancaster to decide if he wants him to stay with them or to let him play for us over the next couple of weeks."

Flood initially feared the damage to ligaments in his left knee, sustained in the 28-23 win over Sale, could end his season.

But his return to Leicester's ranks is a major boost for his England ambitions and for Lancaster, who is still without centre Manu Tuilagi and second row Courtney Lawes through injury.

Leicester's victory over the Falcons earned them a first LV= Cup semi-final in four years.