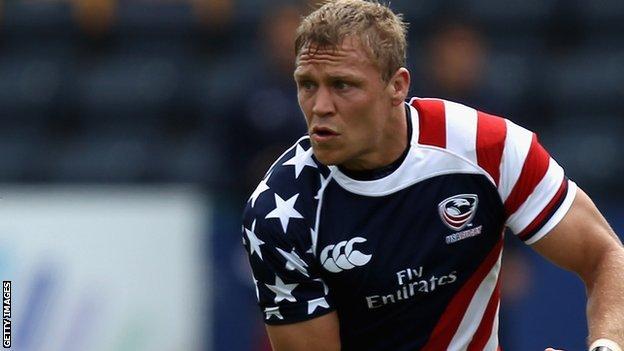 Wasps have signed USA international Paul Emerick as injury cover for the remainder of the season.

The 32-year-old, who has 47 caps and featured in three World Cups, has previously played rugby for Ulster, Parma and Newport Gwent Dragons.

Emerick can play both at centre or on the wing and has been signed following injuries to regular Wasps wide men Tom Varndell and Christian Wade.

He becomes the Premiership club's seventh signing in recent weeks.