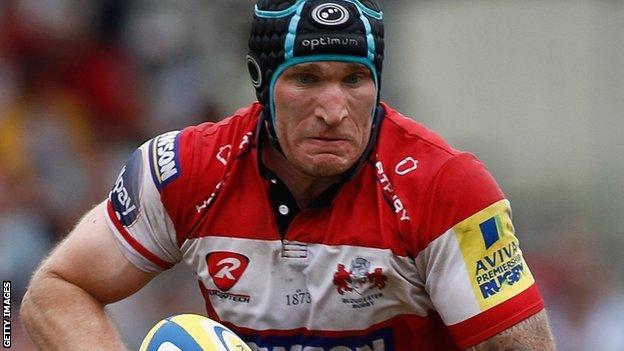 Gloucester have confirmed flanker Alasdair Strokosch will leave the club at the end of the season to join French Top 14 side Perpignan.

The 28-year-old Scotland international, who is currently on Six Nations duty, arrived at Kingsholm from Edinburgh in 2007.

He has since made 109 appearances for the Premiership club.

"It's a shame that he'll be leaving us at the end of the season," said head coach Bryan Redpath.

"Strokes has been a top professional in his time with us. He's never delivered less than 100% in the Cherry and White of Gloucester and his will be big boots to fill.

"However, I can completely understand his desire to test himself in a different playing environment at this stage of his career. It's something I did myself in my playing days.

"He's been completely up front with us, he's handled things with a lot of class and I know, that when he gets back from Scotland, that he'll be looking to end his Gloucester career on a high. We all wish him well."