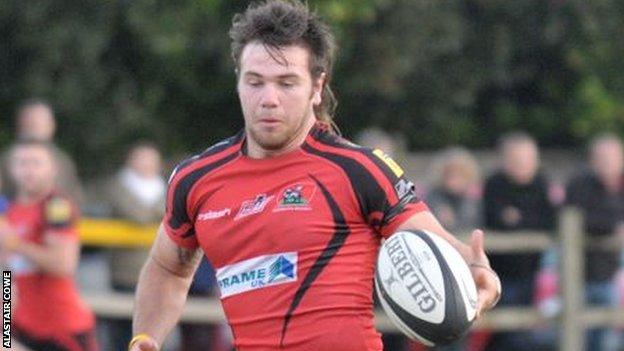 Redruth boss Dave Penberthy says it is unlikely he will bring in any more players before the end of the season.

The Reds are secure in mid-table in National Two South and have blooded a number of youngsters in recent weeks.

"Any player coming from the Championship downwards would have to remain with us for the season," Penberthy told BBC Radio Cornwall.

"With the play-offs coming up for those teams I'm sure they're not going to allow any of their players to leave."

Redruth have had a number of players join them from Championship side Cornish Pirates this season and have until next week to bring in any new faces before the end of the season.

Winger Rhodri McAtee made an impact late last year with five tries in two games, centre Tom Cooper played three matches while fly-half Aaron Penberthy spent much of the season at Redruth before .

"We're pretty much settled with what we've got and we have to make the best use of them," the Redruth boss continued.

"Access to these players has been great for us and we're very grateful to the Pirates for helping us out.

"But it puts the onus on ourselves to bring through players who've worked hard and maybe not had the opportunity so far and to give them that chance in the last seven or eight games of the season. I would hope we're safe and it's an ideal opportunity for us to do that."