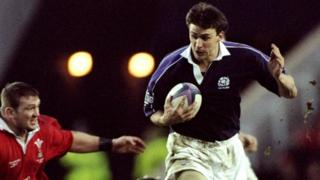 Highlights as BBC Sport selects six of the best Wales v Scotland clashes from down the years including a Welsh home defeat in 1982 and 2010's stunning Shane Williams-inspired comeback.

Watch extended highlights of a famous 1988 encounter between Wales and Scotland in the Six Nations Rewind on Saturday 14 February from 10:00 GMT on BBC Two.

Follow live coverage of Scotland v Wales in this year's Six Nations Championship on Sunday 15 February from 14:30 on BBC One.