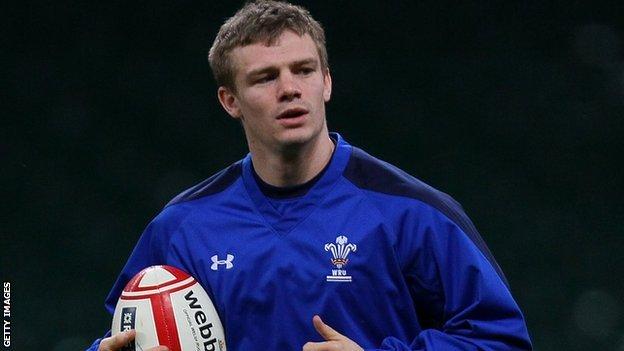 Scrum-half Peel, 30, who has 76 Wales caps and played three Tests for the Lions in 2005, has signed for a further two seasons.

Macleod, 28, has been the club's regular fly-half this season, garnering a 231-point haul, and has also agreed a two-year extension.

Hooker Jones, who is still just 24, has added another year to his contract.

Sale chief executive Steve Diamond said: "When I came back 12 months ago, I didn't know Dwayne, Nick or Marc.

"I soon got to know them, and they're all awesome players who fit into the squad fantastically well. I'm really glad they've agreed to extend."

Peel has gradually fallen out of favour for Wales following his switch to Edgeley Park from Llanelli Scarlets in 2008 and was left out of his country's World Cup squad last year, despite calls for his inclusion.

He said: "I'm delighted to extend my contract. I'm having a good time here. Exciting times lie ahead and I'll be glad to be part of it."

Macleod, who joined in the same year as Peel, from Cardiff Blues, said: "It's fantastic news for me.

"I'm extremely happy to extend my contract. This season has seen a real turnaround, and has rekindled my enthusiasm. We have shown glimpses of what we can do and things can only get better."

The trio follow their fellow countryman Eifion Lewis-Roberts who re-signed for the Sharks from Toulon last week.