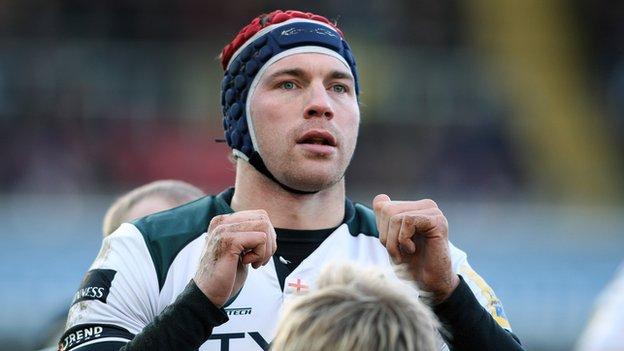 London Irish have confirmed that second row Nick Kennedy is to leave for Toulon at the end of the season.

The 30-year-old England lock, who has made more than 200 Exiles appearances in 10 years, has agreed a three-year deal with the French club.

"It's with some sadness that I'll leave at the end of this season," he said.

"I've only ever played for one professional club in England, and when the time came I couldn't see myself at another club in the Premiership."

Kennedy follows a band of ex-England internationals at the Top 14 side, with former Irish team-mate Steffon Armitage, Simon Shaw, and Jonny Wilkinson in situ at the Stade Mayol and Andy Sheridan heading there next term.

The seven-time capped England lock added: "I'm looking forward to France, but for now my focus is on the rest of this season with London Irish.

"We've battled hard to be in the top six of the Premiership and our focus now is to push on and make the play-offs and finish the year on a high."

Kennedy's departure comes as little surprise as his name has been linked with a move to the Cote d'Azur and London Irish's signing of George Skivington from Leicester last month was seen as his direct replacement.